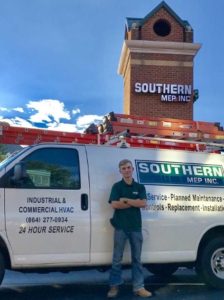 Michael “Cruz” Thrasher enrolled with Palmetto Youth Connections at the age of 17. Cruz was a high school dropout. When he enrolled in Palmetto Youth Connections, he had no work experience. Cruz has been living with his grandparents for several years because of his family’s instability and lack of care. Because of Palmetto Youth Connections, Cruz was able to attain his GED without the burden of paying for the test. Cruz also received awards during graduation to include; College Ready scores on three of the tests and he had the second highest math score of all graduates. Cruz also completed the Career Ready classes and successfully participated in the paid work experience training. Cruz learned many things to help make himself successful in the work place. He was placed at the Haven of Rest in Williamston where he earned high marks on his evaluation. He was always on time, took direction well, and was self- motivated and respectful.

Cruz participated in the I-Best/Manufacturing program at Tri County Tech. After participating in this training, he was immediately hired on full time with Southern MEP as an HVAC technician making $13 per hour. His career pathway is HVAC and he is receiving training with this employer that will lead to higher wages as he gains skills and expertise. Cruz is also attending Tri County Technical College while he works full time to obtain his HVAC certification.

Cruz is a very motivated young man and has taken advantage of all of the opportunities offered to him. The path that he has taken in the last year will change the trajectory of his life.